THE PARTNERSHIP BETWEEN BADEN-WÜRTTEMBERG AND MAHARASHTRA

In January 2015, the partnership of the two states was signed by Peter Friedrich, the then Minister for Federal Council, Europe and International Affairs, and Subhash Desai, Industries Minister of Maharashtra.The partnership spreads over the following fields of cooperation:

ESTABLISHMENT OF THE PARTNERSHIP BETWEEN STUTTGART AND MUMBAI

In the 60s itself, Mumbai, which was then still called Bombay, contacted German cities to enter into a partnership. Stuttgart was predestined for this; it already had numerous connections with India at that time – for example, it had the headquarters of the “Deutsch-Indische Gesellschaft “ and of the Indo-German Chamber of Commerce.

The documents for town twinning were signed in Mumbai on 11th March 1968 and in Stuttgart on 21st March 1968. Over the years, a very lively exchange and some friendships – at very different levels and in very different fields – developed between the people from Mumbai and Stuttgart.

BADEN-WÜRTTEMBERG – HOME TO COMMERCE AND INDUSTRY

The advent of industrialization saw the start of an unprecedented rise in the economic fortunes of our State. Although its transformation from agricultural to industrial society was slower to progress than in other German regions, during the first half of the 20th Century industrialization took off and the process of structural transformation gathered speed. Over the past sixty years since the State was founded, the sustainable improvement of living conditions and development of our economic structure have been rapid.
More

Ours is a State characterized by strong industry and a high export ratio which is home to internationally reputed industrial giants such as Daimler, Bosch and IBM Deutschland. But the structure of our economy is characterized primarily by its strong backbone of medium-sized enterprises, many of which are world market leaders in their respective product fields. Of particular importance for the economic development of Baden-Württemberg is growth in the knowledge-intensive service sectors with close ties to manufacturing industry.

As the birthplace of the automobile, around one quarter of industrial revenue is generated today in Baden-Württemberg by the automotive engineering industry and its large supplier network, closely followed by mechanical and plant engineering (around 20 per cent) and the metal and electrical industry (each 7 per cent). The chemical, pharmaceutical and optical industries also play a key role.

According to the State Statistical Office of Baden-Württemberg, three government districts in the state of Stuttgart, Karlsruhe and Tübingen rank among the regions of Europe with the highest economic power. To this end, the Statistical Office of the European Union (Eurostat) counts those regions whose per capita GDP, taking into account their purchasing power, exceeds the EU average by at least 25 percent.

Germany’s Southwest is Europe’s number one region for innovation. Nowhere in Europe is so much money and effort invested in the invention of new products and processes as here in the Southwest of Germany: 5,1 per cent of Baden-Württemberg’s gross domestic product is ploughed back into research and development. This figure makes Baden-Württemberg the leading innovator in a comparison of the 97 EU regions by a long margin.

This degree of investment pays off: Nowhere else – relative to the population count – are more patents registered than in Baden-Württemberg. Furthermore, the State is also home to many lead research institutions, including the Institutes of the Max-Planck Society, the German Cancer Research Centre in Heidelberg, the German Aerospace Centre, the Centre for Solar Energy and Hydrogen Research Baden-Württemberg and the Institutes of the Fraunhofer Society.

A qualified workforce – our most important asset

Companies benefit from the availability of an excellent, well-qualified workforce and capable management personnel, from a world-class research landscape and a modern infrastructure. Practically nowhere else do young people succeed in entering a professional career after completing their vocational training or degree course as quickly as here in the Southwest. Our State looks back on a long tradition of high-achieving individuals and companies.

All of these benefits mean that we enjoy not only above-average growth rates and high work productivity, but also a sustainably low unemployment quota. While the proportion of men and women aged between 15 and 65 in gainful employment is well above the EU average in Baden-Württemberg (74 per cent in 2010), the opposite applies to the number and quota of unemployed members of the population: Within Germany, Baden-Württemberg and Bavaria compete continuously to achieve the lowest unemployment figures, which are regularly well below the average figures for Germany as a whole and for Europe.

Made in Baden-Württemberg – in demand the world over

Products made in Baden-Württemberg are in popular demand around the world. The importance of foreign trade is clearly illustrated by the export quota: This lies at around 50 per cent – with lead industries such as automotive and mechanical engineering coming in well above this figure. Among Germany’s flatland states, we are the leading exporter.

Medium-sized enterprises employing a workforce of up to 250 form the backbone of our economy, accounting for 99.4 per cent of all companies. In this segment alone, the Southwest is home to 277 so-called hidden champions – medium-sized enterprises which are world market leaders in their field, as developers and producers of highly specialized products which they market around the world.

Focal areas for growth within the economy of Baden-Württemberg extend beyond classical sector and industry boundaries, offering enormous potential for innovation. These include primarily four future areas: Sustainable mobility, environmental technology and resource efficiency, health and healthcare as well as embedded systems and IT services.

In these areas, our State benefits from a close-meshed network of research institutes, and also its many production and research clusters – whether in the greater Stuttgart and Karlsruhe areas, in the regions along the Rhine, in the Heilbronn lowlands, in Oberschwaben or the Hohenlohe region.

Focussing on resource efficiency, environmentally compatible materials and sustainable production methods, Baden-Württemberg-based companies are working at full steam to assume a pioneering role in the lead industries of the future. Because in times of dwindling fossil fuels and natural resources with the resulting rising energy and raw material costs, the innovations, technologies and products developed and produced by companies based in Baden-Württemberg are in high demand.

Maharashtra, 2nd largest state in India in terms of population,  is situated in the western part of India. With the Capital Mumbai the state shares borders with Gujarat, Madhya Pradesh, Chhattisgarh, Andhra Pradesh, Karnataka, Goa and the Union Territory of Dadra and Nagar Haveli. Maharashtra is one of the most progressive state in the country with a literacy rate of more than 82%. The geographical area corresponds approximately to that of the Federal Republic of Germany. Maharashtra has four international and seven domestic airports as well as two major and 53 smaller ports. With a road network of more than 263,000 km and more than 6,000 km of rail network, it owns about 9% of the entire Indian rail network.

The key cities in Maharashtra include Mumbai (Capital), Nagpur (Second Capital), Pune (Industrial, Academic & Cultural Hub), Aurangabad (Tourism Hub), Nasik (Industrial & Viniculture), Kolhapur (Agricultural & Sugar Belt) and Solapur. Many of these are designated as “Smart Cities” in the top 100 list by the Central Government and hence getting developed at an accelerated rate on the infrastructural front.

The history of Maharashtra can be traced to approximately the 4th century BCE. From the 4th century BCE until 875, “Prakrit” was the dominant language of the region. Marathi, which evolved from “Prakrit”, has been the lingua franca from the 9th century onwards. The name Maharashtra is believed to be originated from “Rathi”, which means chariot driver. Maharashtra entered the recorded history in the 2nd century BC, with the construction of its first Buddhist caves. The name, Maharashtra first appeared in a 7th century in the account of a contemporary Chinese traveler, Huan Tsang. According to the recorded History, the first Hindu King ruled the state during 6th century.

In the 17th Century, Chattrapati (King) Shivaji Maharaj, the founder of the Maratha Empire, did a lifelong struggle against the Mughals. By 1680, the year of Shivaji Maharaj’s death, nearly the whole of Deccan belonged to his empire. He was a great warrior and one of the finest rulers of India, so he holds the highest place in Maratha history.

In the post-independence era, the state of Maharashtra was formed in 1960, as enacted by the law passed by the Parliament of India. The act came into effect on 1 May 1960, hence 1st May is celebrated as “Maharashtra Day”.

The key industrial segments in Maharashtra are Engineering, Auto and Auto components, Pharmaceuticals, Biotechnology, IT and ITeS, Electronics, Oil and Gas, Food and Agro processing, Gems and Jewellery, Banking, Financial services and Insurance (BFSI) and Textiles. The state has over 1600 large enterprises and over 200,000 Micro, Small and Medium Enterprises (MSMEs).

Maharashtra Industrial Development Corporation (MIDC) is the nodal agency of the state to develop and enhance the industrial base on the state. It has over 16 offices in the state and manages over 280 industrial parks. There are several focused parks including those for software, technology, manufacturing, textiles etc. There are 4 named Special Economic Zones (SEZs) developed in the state which provides very high level of benefits including tax incentives and breaks.

With about 720 Kms of seashore and huge forest cover, Maharashtra is one of the key tourist destinations. Nagpur is called as the Tiger Capital of the world with over 4 national and state forests around the city. Aurangabad has the tourists places of historic importance including the sites of Ajanta & Ellora – to name a few.

Some Key indicators of the state’s industrial base are :

Maharashtra has always been at the forefront of academic activity. The city of Pune, second largest city of the state, is also called the educational capital of the state and is considered as the „Oxford of the East“. More than 200.000 students visit a academic institution in Pune. Special attention is paid to the development of a skills based education model to meet growing demands for quality and qualifications.

to name some of the well known ones.

„If we want to shape the future, we must approach the current tasks actively. This includes the progressive networking and digitalisation, the changeover to renewable energies, the decoupling of the economic growth from the consumption of natural resources and the fight against the climate change!
All these revolutions take place here and now. How we respond to these challenges shall be decisive in shaping our future. I am convinced that we can overcome them successfully only in cooperation with our partners and friends. And with Maharashtra, Baden-Württemberg has a strong partner by its side! Both states are excellently positioned in terms of economy and science.“ Minister President Winfried Kretschmann at the evening reception of the state of Baden-Württemberg and the city of Karlsruhe in Pune in January 2017 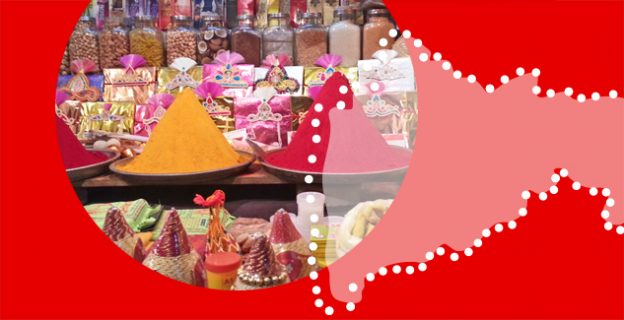 Maharashtra is the second-largest and fastest-growing state in India. Thanks to its key industries of engineering, automotive, Information Technology, banking and finance, biotechnology, its vivid university landscape and the strong orientation towards the development of modern Smart Cities Maharashtra is an extremely interesting partner. 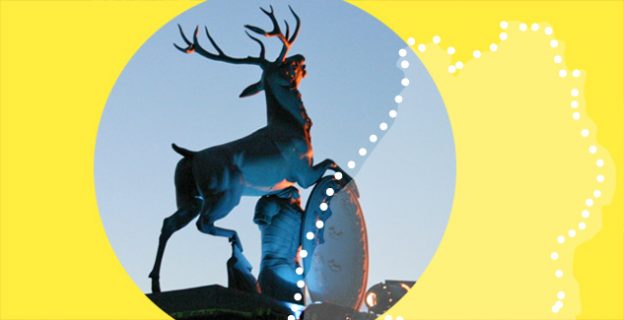 Baden-Württemberg is one of the leading economic regions in Germany and Europe: with world-famous large companies and thousands of successful, small- and medium-sized enterprises, with innovative strength and inventive spirit, with high productivity and low rate of unemployment.